You are here: Home

On Saturday April 10th 2021, many bellringers across the country tolled a single bell 99 times to mark the sad death of Philip, Duke of Edinburgh on Friday 9th April. Helen Lacy tolled our tenor 99 times - one for every year of his life.

On Saturday 17th April between 2.30pm and 3.00pm, Terry Henfrey, Maggie Ratcliffe, David Lacy and Helen Lacy joined in the nationwide tolling of bells for the funeral

23rd March 2021 Ringing for the Anniversary of COVID lockdown

This article appeared in the Manchester City Council Staff Spotlight featuring Terry, one of our ringers 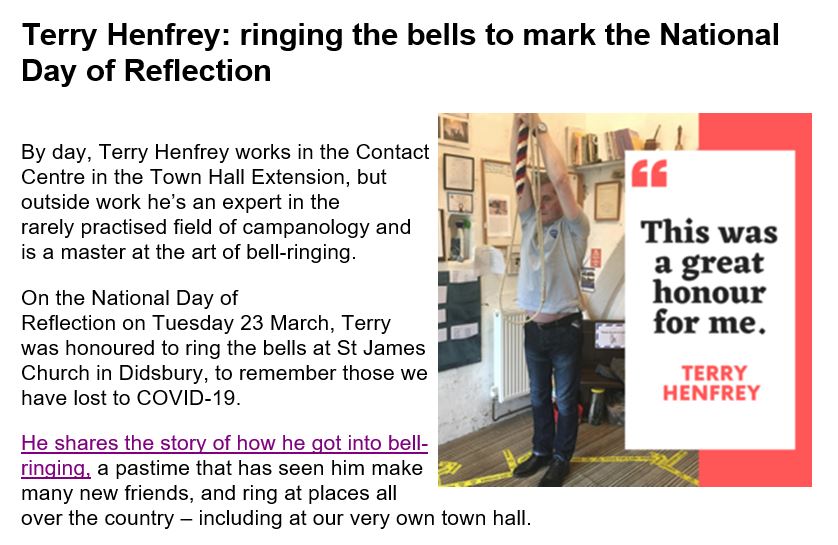 On Saturday February 27th 2021, many bellringers across the country tolled a single bell 100 times on the occasion of the funeral of Captain Sir Tom Moore who died on 2nd February 2021 aged 100.

Our own Paul Robinson led our tribute to him by tolling our tenor at noon.

This atmospheric picture was taken by Kate, one of our ringers 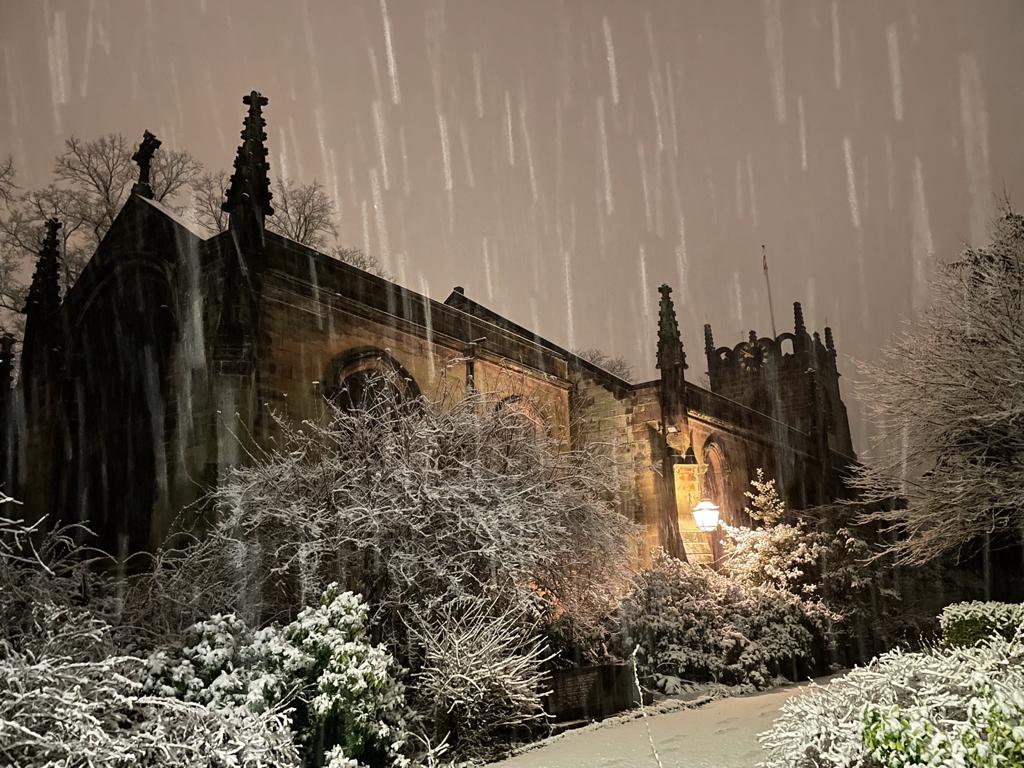 One of the jobs that falls to the Didsbury ringers is the periodic changing of the St George's flag which flies from the tower. Paul - our steeple keeper - normally performs this task.

The Earl Marshall’s Warrant made on 9 February 1938, laid down that the flag to be flown upon any church within the Provinces of Canterbury and York was “a St George's Cross with the arms of the see (which should not be surmounted by a mitre except when used by the bishop personally) in the first quarter”, that is, the arms of the diocese in the top quarter nearest the mast. The Warrant was endorsed by the two Archbishops at the time and continues to be quoted in legal guidance on the subject, but it is not compulsory. There is however an ancient tradition of churches flying a plain St George Cross as we do at Didsbury.

The flag gets really battered by the English wind and rain and high-quality (and expensive) flags usually last about 6 months before being ripped to shreds by the weather. Cheaper flags typically cost a quarter of the price of the expensive flags and last approximately 3 months. 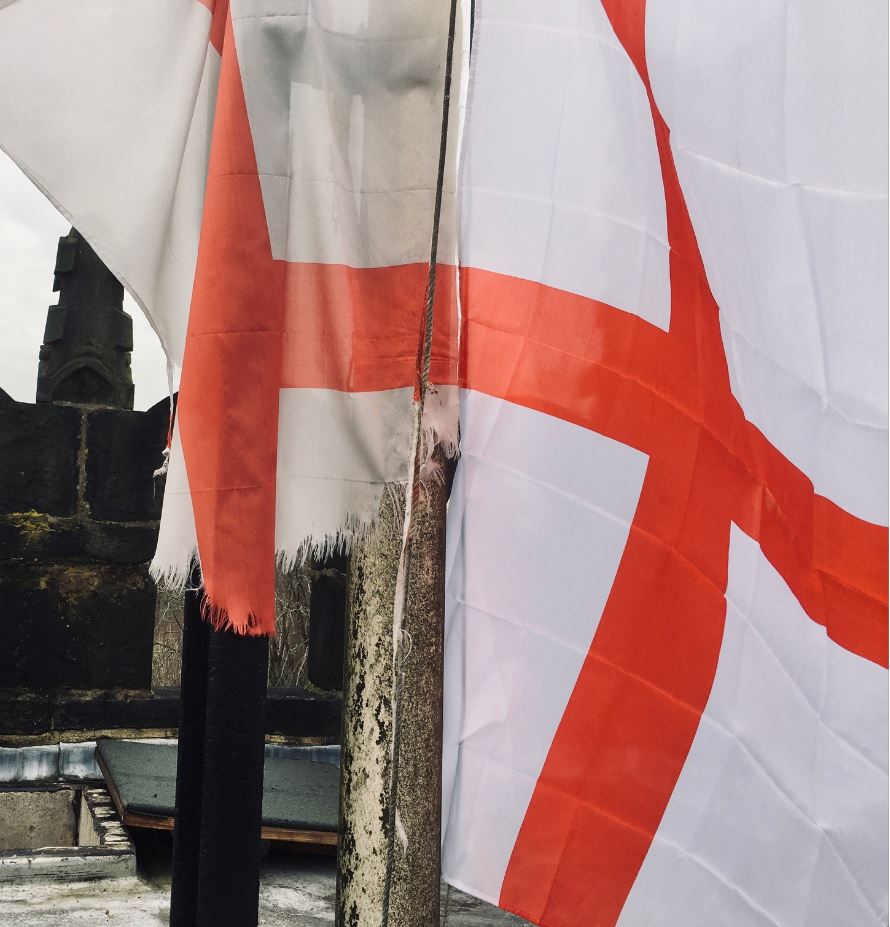